If image on terminal screen is not great automatically, you are to configure it correctly, which means: 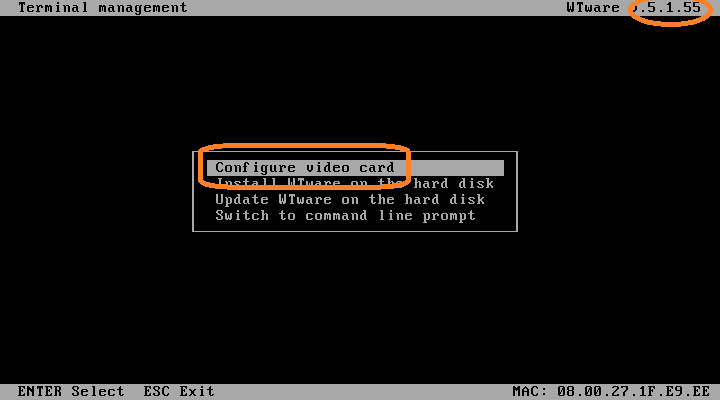 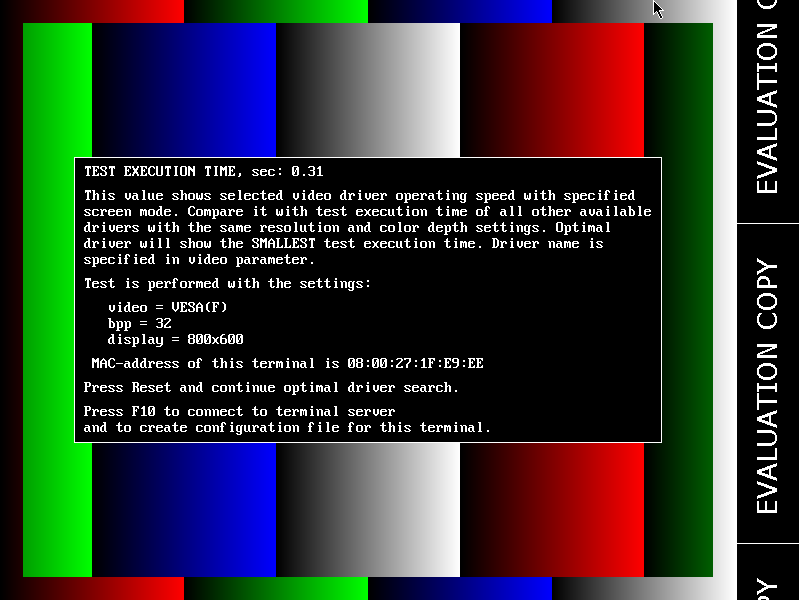 then you managed to find driver, that works with your videocard and monitor. It's likely to try other drivers, choose the one with the SHORTEST test execution time. The less seconds test executes the faster driver works. After determining the best driver on the image with color stripes press F10, specify server address: 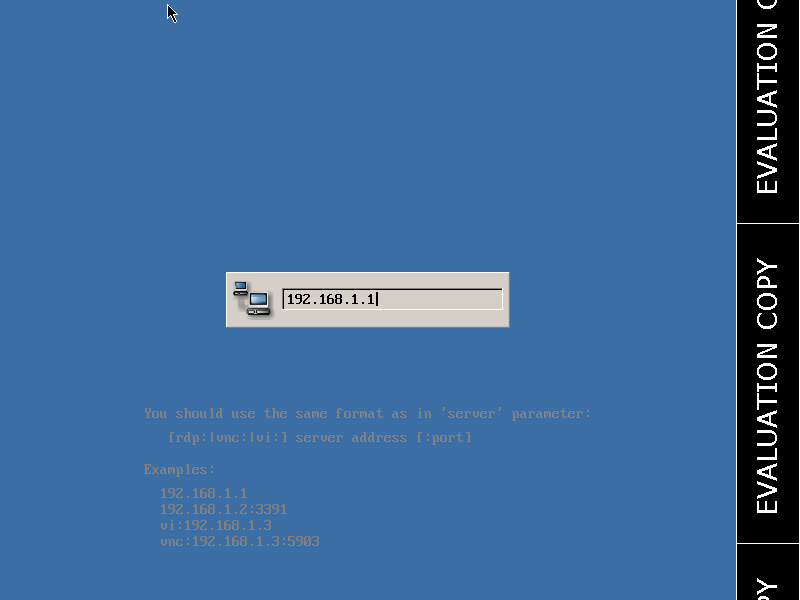 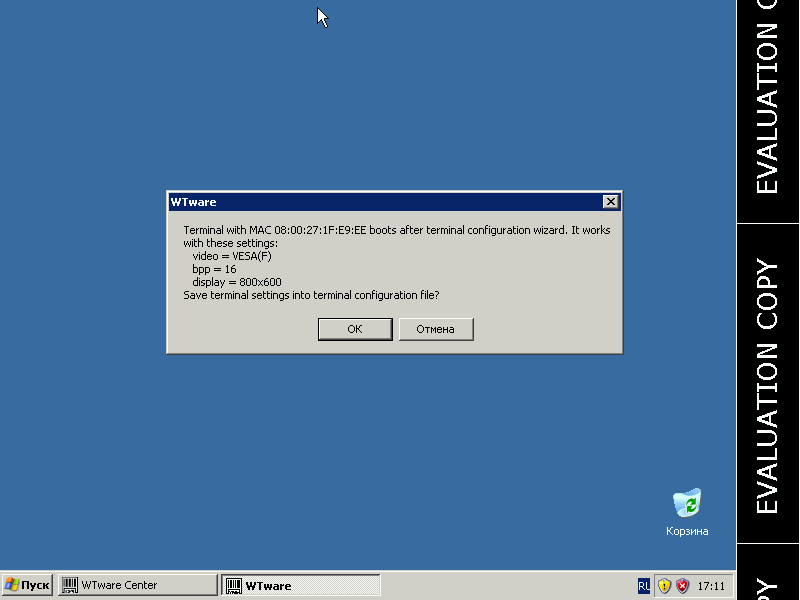 Now your terminal is ready for work and further configuration. 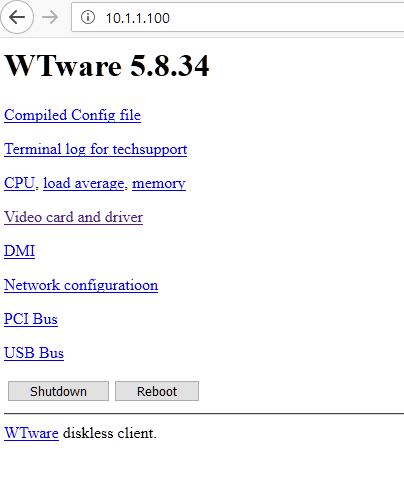 and select "Videocard and driver" menu item. There you'll see the list of compatible video drivers for the terminal:

Video output should be specified in display= and m2_display= parameters while using video=i915(f), radeon(f), gma(f), nouveau(f) drivers and when you connect two displays with any driver. To see the list of video outputs, determined by driver, specify in configuration file in video parameter the driver, specified in web-interface. In this case it's video=i915(f). Restart the terminal and reload page in browser. After that in "Video card and driver" web-interface menu item of the terminal appears the list of compatible video outputs: 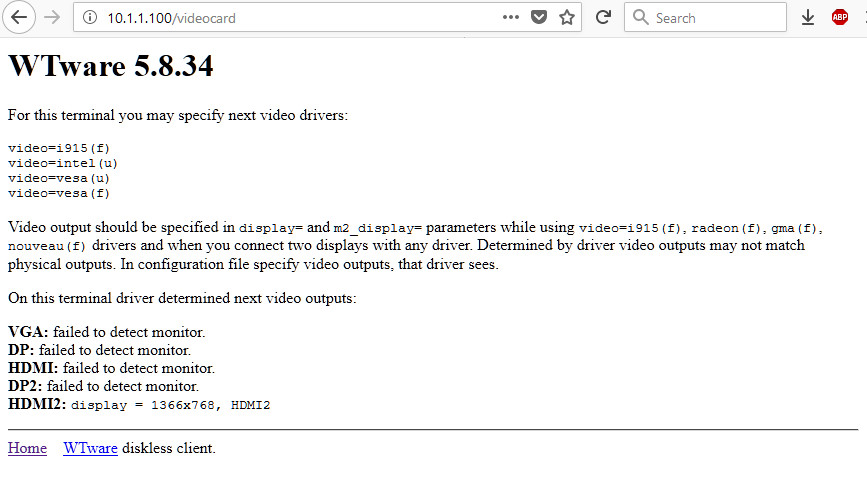 If you see the image on display, but it's decentered or streched incorrectly — try to change monitor settings. Sometimes buttons on monitor can help to fix problem.

If there's no image, you see black screen, error message or terminal reboots — save log from configurator on server. If none of drivers works, send logs from all tests to support@wtware.com.

In e-mail describe your hardware, at least motherboard model or laptop model, you failed to see image in WTware on.


If you have any comments or remarks to this article, please, let us know!